How To Find Safe Drinking Water On The Hunting Adventure?

How To Find Safe Drinking Water On The Hunting Adventure?

When you need to fresh drinking water outdoors, try to find a clear, still, source rather than one with a swift current. Let's I tell you how to find safe drink water in the wildness.

Do you know fast-running water tends to hold sediments and contaminating organisms in suspension, both at and beneath the surface? In calm water, sediments and some pathogens have a chance to sink and settle to the bottom.

If running water is the only viable source, draw from the calmer sections, such as pools and bank undercuts, whenever possible. 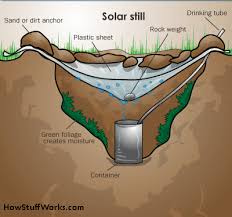 The intuitive urge when you water-gathering is to reach deeply into the source. Deeper water is colder and, one would think, cleaner, since it's uncontaminated by surface debris.

Actually, however, surface water is often safer, since it receives the most prolonged and intense amount of solar ultraviolet radiation, which is fatal to many waterborne pathogens (including Giardia and Crypto).

If you can't find clear water, here are some tips for you:

With purifying devices that use an intake hose, tie or otherwise fasten a filtering cloth over the hose opening for easier and more efficient treatment.

Do It Yourself: Water Filter in a Bottle

During a significant rain, it's safer to collect the rainwater itself, as it falls, than it is to draw water from nearby lakes or streams. Rainwater itself is pure and potable; but heavy rains often wash both sediment and pathogens into a previously safe river, stream, lake, pond, or spring.

Overall, the safest water sources are those that show the least evidence of human, livestock, and/or wild-animal use. With running water, it's often wise to walk upstream for fifty yards or so, to make sure there are no conspicuous pathogen sources in or near the water

In cold weather, if you have the choice of rendering water from either snow or ice, it's usually safer to choose clean-looking snow. Contrary to myth, freezing does not purify water. Pathogens can survive for months inside the ice.

Drinking saltwater is not safe

Despite the rather alarming advice found in some survival manuals, it is not safe to drink saltwater, no matter how desperate the situation.

Some have claimed that saltwater can be ingested if it is "chewed slowly and swallowed in small amounts," and/or if it is mixed in a one-quarter to three-quarters ratio with fresh water.

"Proof" of this, according to one writer, is that "virtually everyone who has survived shipwreck when stranded at sea has drunk sea-water." This is error compounded by inaccuracy.

My own, hardly complete, files contain many cases of sea-stranded survivors who had the good sense and knowledge not to consume saltwater.

(Or urine, which the same writer proclaims is drinkable "if distilled," although he does not elaborate on what the process of distillation entails). 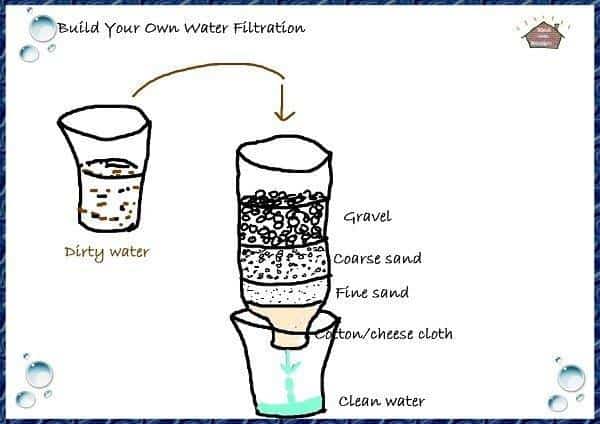 Historically, many who survived sea-stranding did in fact resort to drinking some saltwater, but the unanimous opinion of medical experts is that these individuals survived in spite of seawater ingestion, not because of it.

No medical authority or documented study that I'm aware of supports the assertion that saltwater (or urine) is safe to drink, ever unless the former is run through a desalination device and is thereby rendered fresh.

How to Make a Survival Water Filter

Lastly, a surprisingly high percentage of outdoor water-caused illnesses can be traced to poor hygiene practices by the afflicted person or by members of that person's party.

People infect themselves or others by not attending to a fairly rigorous standard of sanitation. "Dirty hands" is said to be the most common culprit, followed by the mistake of bathing, cooking, urinating or defecating too near (within 200 feet) of a drinking-water source.

Besides the obvious inferences here, thorough hand-washing with a strong antibacterial soap is always a good idea, as is the use of a tube or a small bottle of a Germ-X-like product prior to water gathering, cooking, handling food, eating, and drinking.