How To Wear A Boot Knife Quickly Without Wasting Time?

How To Wear A Boot Knife Quickly Without Wasting Time?

In our world today, we must learn how to defend ourselves in the best possible manner. And there are many ways in which one can do this, right? Learning how to wear a boot knife and use one when the situation calls for it is one of those ways of self-defense.

So let’s learn all that we need to know about boot knives and how to secure a boot knife. Are you ready? Let’s do this!

What you should know about boot knives 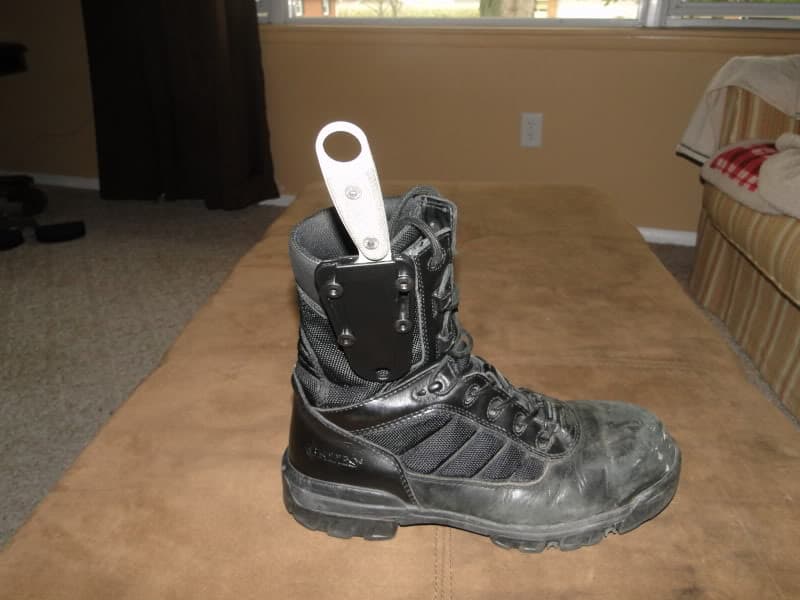 Before I show you how to wear a boot knife, let me tell you more about what it is and does. The only reason why people carry boot knives is to protect themselves from any possible harm.

Even though boot knives are made with a slim blade and solid handle, they are concealable. And their popularity today is a result of an ancient old tradition where men used to hide their boot knives inside high leather boots.

Fortunately, today we don’t need to wear high leather boots to be able to carry a boot knife. Modern boots have been designed in such a way that you can quite conveniently hide the weapon in the integrated pocket. But not all boots are manufactured with this built-in pocket.

So make sure that your pair of boots has this before you learn how to secure a boot knife.

What you will need:

Before we begin, let me warn you that placing a knife in your boot can be quite a dangerous task. You have a concealed weapon right next to your body so don’t forget to take some necessary precautions.

The boot knife that you select should be comfortable to carry around. The length of the knife should not be too short. Because if it’s shorter than required, then the possibility of the knife sliding to the ground is pretty high. So make sure that the boot knife is long enough, so it doesn’t keep moving around in your boot.

How to wear a boot knife?

1. Cover the Boot Knife with a Sheath

After you’ve assembled the boot knife bearing in mind the instructions above, it’s time to cover up the weapon. And the best way to do so is to use a sheath. Cover your precious boot knife with a sheath. What the sheath does here is act as a reliable and protective cover for your knife.

If you want your foot and leg to be protected against cuts or any possible injury by the knife, then a sheath is necessary. 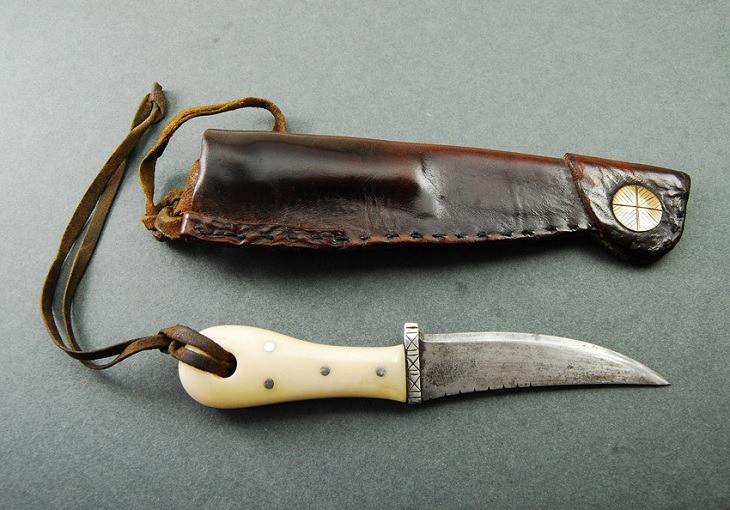 2. Slide the Knife into the Boot

Once the sheath is in place, wear your boots and prepare yourself to slide the knife into one of them. You need to slide it into the outer side of the boot carefully. You know you’ve done it properly when you can quickly ride the knife outside the boot without any difficulty.

Remember that you need to wisely pick which side of your body will house the boot knife. If your right side is stronger than the left or if you’re right-handed, then slide it into the right side. Otherwise, go left.

If you fail to do so, then drawing out the knife from that particular side will prove to be drastically uncomfortable and dangerous. A left-handed person will find it tough to pull out the boot knife from his or her right side. Just think about it logically. 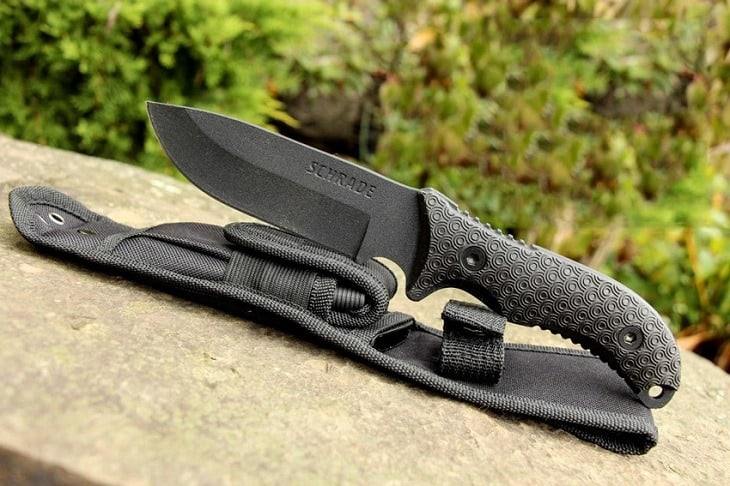 3. Tie the Sheath to Your Leg

When learning to wear a boot knife, it is crucial to follow this step very carefully. After you’ve slid the knife into the outer side of your boot, it’s time to tie the sheath of the knife.

The exposed part of the sheath should be tied to the calf region using a string (you can use a shoelace). The middle part of the line must be placed at the edge of that sheath. The final step is to wrap the string at least three times around the sheath and calf before you tie a knot.

​How To Attach Knives To Your Boots / Shoes?

The most efficient way to defend oneself is to carry a boot knife. Military personnel and police officers also carry boot knives with them at all times. The trick is to carry the knife but conceal it in such a way that it’s easy to access it during an emergency.

Apart from being one of the most popular forms of self-defense, a boot knife can also be used for hunting or camping. 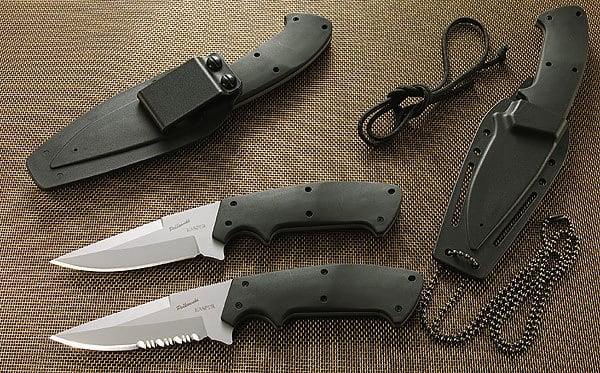 So it’s up to you to pick the desired length based on your comfort level.

The blade of a boot knife needs to be double-edged. It should look like a dagger with a sharp tip. A sharp tip ensures easy and complete penetration. The kind of steel used for construction is also another factor that you must take into consideration. High-quality metal will cost you more than something that’s only average.

So in such a situation, the best thing you can do is buy an affordable boot knife. It doesn’t make sense opting for a knife that you can’t simply afford just because its metal is more expensive. The affordable option too does the same job as the expensive one. So what you’re paying more for is the appearance.

Learning how to wear a boot knife is as important as knowing how to use one. A boot knife can prove to a highly valuable tool that might end up saving your life. Life is very unpredictable, so it’s important to be prepared for every kind of situation that arises.

Instead of regretting in hindsight, you should learn to be resourceful. And a weapon as versatile as a boot knife will help you do so in the most efficient manner. So let your survival instincts kick in and master how to wear a boot knife right away!

Making it a habit of carrying the boot knife with you every time you go out can make you feel safe and protected at all times. Don’t you agree?

I hope my instructions were easy and quick to understand. Have you ever tried carrying a boot knife or any other concealed weapon for your safety? And did it help?

Please feel free to share your thoughts with us in the comments section below.