How Long To Dehydrate Deer Jerky In A Dehydrator?

How Long To Dehydrate Deer Jerky In A Dehydrator?

One of the best survival foods that can be stocked for a couple of years is deer jerky. It is a very healthy snack food. Its counterparts are beef and chicken jerky, but venison is the most popular among the three.

So if you have a dehydrator in your home, then it’s pretty simple to make deer jerky. But before we do that, do you know how long to dehydrate deer jerky? Not many know the correct answer to this question. So let’s find out so we can learn how to make venison jerky as it should be done.

What you should know about deer jerky 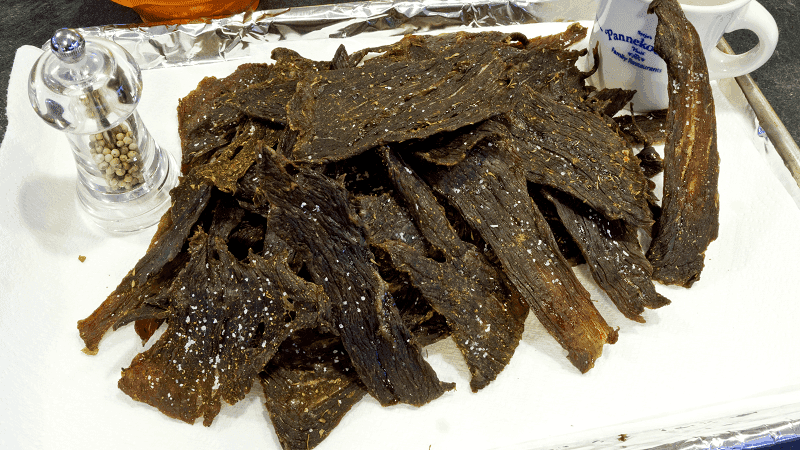 Having deer jerky or dried meat goes all the way back to ancient Egypt, did you know that? It was prepared by cutting all the excessive meat from different kinds of animals that couldn’t be consumed.

This was done so that the meat wouldn’t go to waste. To thoroughly dry each strip of meat, it was important to slice them thin. Then with the help of sunlight and some flavorings, the deer jerky was prepared. 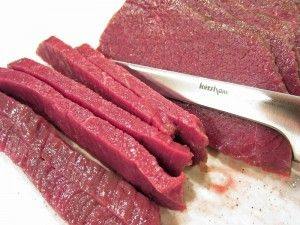 Even today, making deer jerky is one of the most popular traditions. And you can even use chicken and beef meat instead of venison.

The processing of deer jerky is a very lengthy procedure. But once it gets prepared with all the nutrition-packed elements, those long hours seem totally worth it. Deer jerky is nothing but pure meat without any fat. And it is dehydrated to rid the meat of all the moisture. So you should know to dehydrate deer jerky properly so that all the moisture gets eliminated.

But why do you need deer jerky in the first place? What purpose does it serve? I’m sure you already know this. Deer jerky is the go-to food during emergencies or at your hiking or camping adventures.

When you don’t have the required means or time to cook a proper meal, you can always rely on deer jerky. It doesn’t get spoiled even if it’s stored for several months without being refrigerated.

About dehydration: How long to dehydrate deer jerky?

What is dehydration? It is the process of increasing the jerky’s shelf life. In the ancient times, deer jerky was dried using sunlight because that method was considered to be the cheapest and most easily available.

But in our world today, we don’t need to go outside to carry out the deer jerky dehydration process. You can just as easily dry food in the comfort of your home too, thanks to technology. 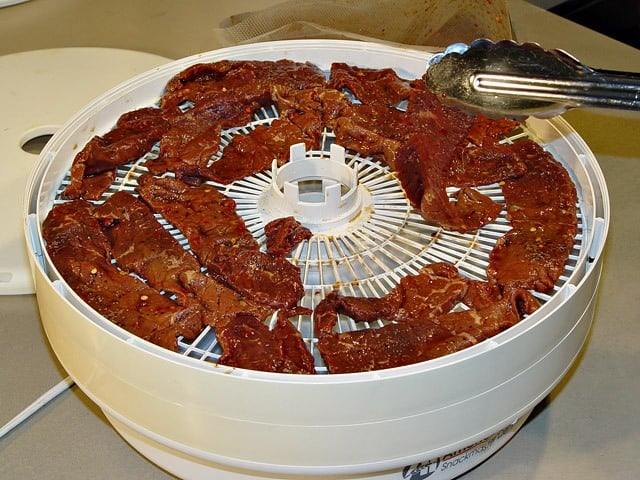 The dehydration process is carried out mainly because you want to protect the food from getting spoiled. Drying helps in preserving the meat for a very long time. It kills pathogens and microorganisms in the food that typically destroy the meat soon enough.

The devices used for deer jerky dehydration can either be traditional ovens or commercial dehydrators. Many households already have ovens, so you don’t need to go out of your way to dehydrate deer jerky. The required device is right there!

The only drawback of using an oven is its thermostat. It definitely can be used for drying the meat but, in the process, it can also end up cooking the meat. Also, an oven is not environmentally friendly or cost-effective. And this is why many of us opt for commercial dehydrators. They can dry the meat quite efficiently without consuming too much electricity.

But before I talk about how to dehydrate deer jerky and for how long, let’s discuss how to choose the venison.

During the deer hunting season, hunters make the most of their successful wild adventures. To not waste even a single part of the deer, they prepare deer jerky. It is considered to be inexpensive and is something that can be carried out several times. And why wouldn’t it when it’s so delicious!

The daily cavity of the deer makes is impossible for you to see all the fat from the surface of the deer. In fact, the nature of venison is pretty lean.

If we are to compare venison with poultry, hogs, or cows, then I must say that venison is comparatively the healthiest. I say this because venison is not tainted with any chemicals. These chemicals are popularly used in others as they help the animals grow faster and fatter.

1. Make sure that the meat you’ve selected is in good condition﻿﻿. It also needs to be pretty lean from the freezer.

2. After you carry out the proce﻿ss of thawing, remove all the fat from the meat. This is crucial in making sure that the deer jerky enjoys maximum shelf life.

3. After you’ve selected your meat, cut it into small, thin pieces. I would advise you to cut the meat at least 1/4th (or less than 1 cm) inch thick. You can either cut it with or against the grain. Cutting with the grain contributes in making the deer jerky chewier.

But, at the same time, it’s harder to slice through using your knife. While cutting against the grain is an easier process. Because why would it be difficult when you’re cutting along the venison’s muscle fibers!

4. After choosing the venison, you prepare the marinade with the following ingredients:

Once the deer jerky marinade is prepared, it’s time to dehydrate it. So here you’ll find the answer to the most commonly asked question, how long to dehydrate deer jerky?

When you’re carrying out the dehydration process using a dehydrator, set up the device to 135 degrees Fahrenheit. Then lay the thin venison strips in a single layer on top of the drying racks. Make sure that the pieces don’t overlap. The goal is to dry the meat evenly all at the same time.

I’d say about eight hours. It’s when the color of the deer jerky turns dark brown or black that you know it’s done. Check the deer jerky to see if it’s just as you want it to be.

Then put the deer jerky in a Ziploc bag and allow it to cool at the average room temperature level.

Easy Homemade Jerky without a Dehydrator​

And that’s about it! 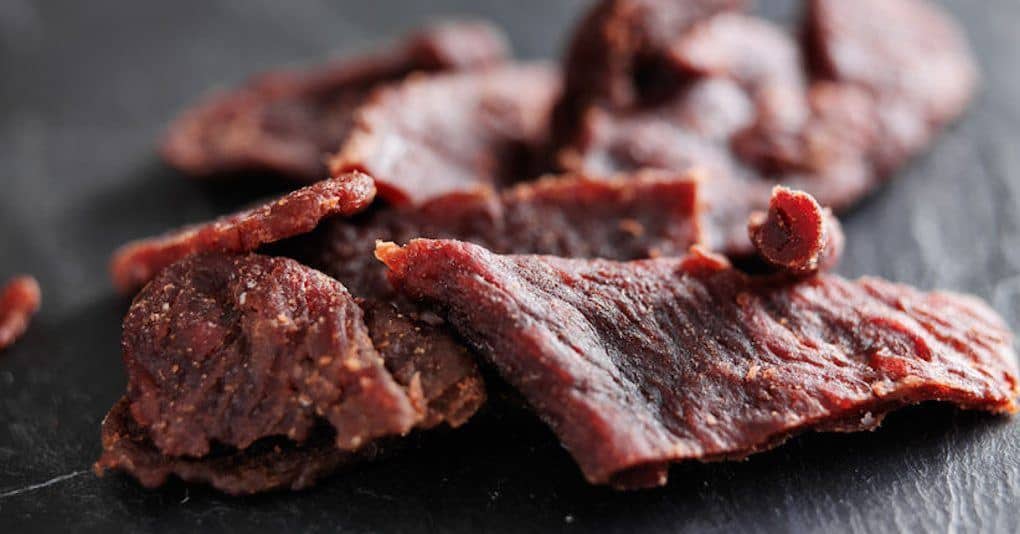 Now that you know the process, let’s try to dehydrate deer jerky on our own, shall we?

Have you already tried doing it in the past? And was it any different from what I’ve described here?

Please share your thoughts and comments with us below. We would love to hear what you have to say about this particular topic.