Which Shotgun Choke Is The Most Open? How To Choose The Proper Choke

Which Shotgun Choke Is The Most Open? How To Choose The Proper Choke

Let me begin by explaining to you what a choke is. It is nothing but a narrow constriction placed inside the bore of a shotgun. This bore is located at the end of the barrel’s muzzle. What a choke does is improve your performance as a hunter.

So you can easily use a choke when hunting or using target shotguns. But do you know which shotgun choke is the most open? The answer to this question helps in making the process of using a choke easier and more efficient. So let’s find out, shall we? 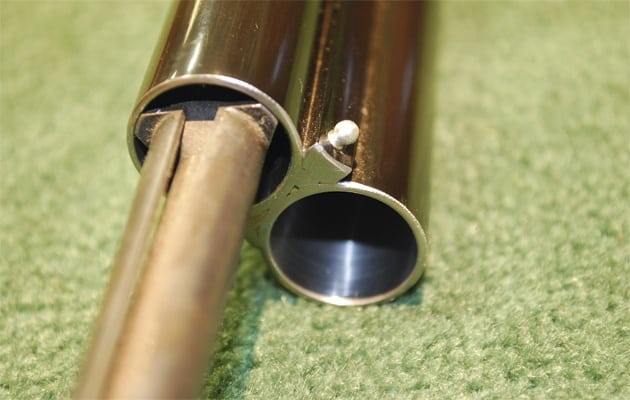 HOW DOES A SHOTGUN CHOKE WORK? 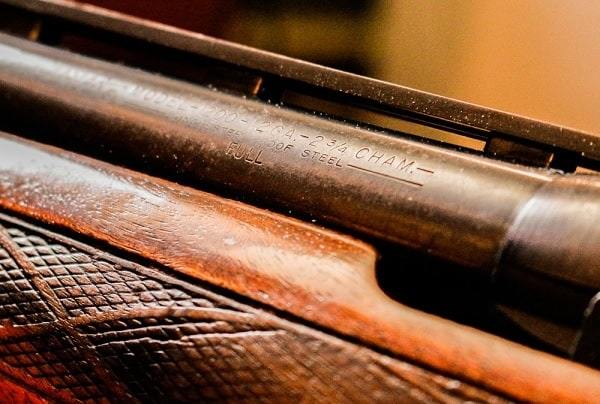 The performance of a shotgun has been enhanced due to the existence of chokes. Target shotgun enthusiasts and hunters should consider themselves lucky to have been born in such a technologically advanced world.

If chokes had not been invented, we would have had to use at least five shotguns for a single target. But, fortunately, we don’t need to do that anymore. So if you want to enjoy better chances during hunting, then what do you think you should know?

There are two kinds of chokes manufactured today. These are fixed chokes and permanent chokes. And they are integrated into the shotgun’s barrel. The third type of choke is called the screw-in choke. This device is primarily used for only certain types of applications. So it’s the least favorite choke on the market.

What a shotgun choke does is enhance your shooting performance. And chokes do so by shaping the spread of your shot. This is carried out to obtain better range and accuracy.

WHICH SHOTGUN CHOKE IS THE MOST OPEN: SELECTING A PROPER CHOKE

Creating better shot techniques is something that we all want to achieve, right? When hunting, you might want to adjust or even modify your ammunition. Sometimes, you even have to adjust the shotgun to improve your performance level.

So in such cases, a choke can be very helpful. It enables you to tune the shotgun. So you can make the weapon compatible with your hunting skills or the kind of game you want to hunt.

A shotgun choke has the ability to affect the density of your pellet at various distances. With an integrated and screw-in choke, you get the opportunity to control your shot string. And the choke does this in the form of constriction.

The pattern of the shot tends to spread faster if the constriction is loose. But when it is comparatively tighter, the pellets stay together for longer. You also get better distance with tighter pressure.

Below I have listed the types of chokes from the tightest to the most open.

It is essential for you to pattern the shotgun for the type of quarry you wish to hunt. The success of every shot also largely depends on the ammunition. Patterning the shotgun is the best way to prepare for a successful shot. So you must know how to adjust your choke depending on the kind of game you’re hunting.

You should also know that all types of quarry require you to use either an improved cylinder or modified choke. And do you know why? It’s because there are several other factors implicated in action apart from just the choke.

For instance, let’s say that you hunt tiny birds that may seem close enough but move pretty fast. So in this case, what choke would work best in achieving the desired result? I mean which shotgun choke is the most open in taking down at least a few of those birds?

In such a situation, what you need to do is get yourself adjusted to the choke that generates a broad shot pattern. This it does while also spreading quickly even at the closest proximity. So the type of choke that you can use in these circumstances is either an improved cylinder or modified choke.

And when you're hunting a turkey, the distance is not so close. Turkey is usually shot from long range. And this is why you need the full choke. Because a full choke has the ability to produce strong shots in lesser areas. 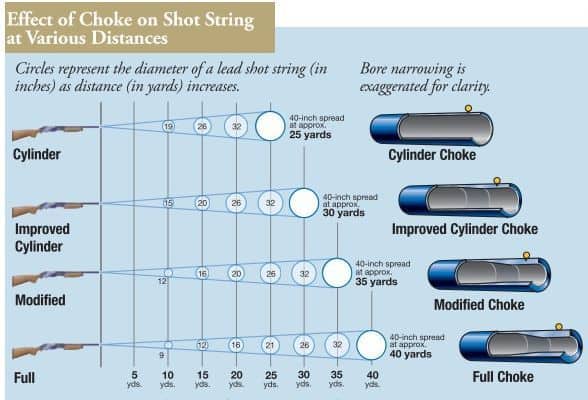 That’s all there is to know

So which shotgun choke is the most open? Once you’ve gone through the article thoroughly, you will not find any difficulty in selecting the ring kind of choke. Please note that it’s not necessary to practice trial shots. That means you don’t need to get yourself adjusted to the different types of chokes.

Depending on your game, you can either select an improved cylinder or modified choke, to begin with.

Did you now finally understand the importance and working mechanism of a choke? What type of animal do you hunt? And is your current choke suitable for that purpose?

Please share your wonderful hunting techniques and experiences with us below. The more information we have, the better we all can hunt the next time.

I hope you enjoyed reading the article. And I hope the content was informative enough to solve your problem. Please keep coming back for more information and tips.

Till then, happy hunting, or shooting!